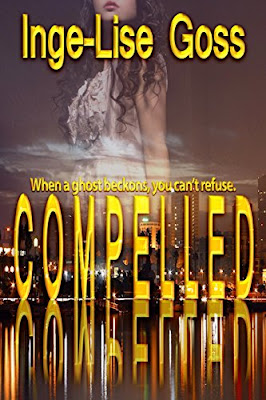 New York Detective Sidney Langston is rushed to the hospital with excruciating chest pains the same night a woman who bears a remarkable resemblance to her is murdered in San Diego. Tests reveal Sidney is perfectly healthy, yet the crippling pain persists until the dead woman reaches out from beyond the grave for Sidney’s help to vindicate her wrongfully imprisoned husband and to find her murderer.

Desperate to remain pain free, Sidney embarks on a mission to exonerate an innocent man. With a ruthless killer at large, she soon discovers the crime is more than a simple whodunit when dangerous scenarios unfold. The dead woman’s spirit relentlessly pushes Detective Langston to solve the crime and correct an injustice – or forever be tormented by an invisible bullet wound.

Compelled by Inge-Lise Goss
My rating: 5 of 5 stars

This is a fantastic police procedural with a supernatural twist. I loved it!

Sidney Langston is a wonderful character. I liked her a lot. She is a New York Police Detective and is used to solving murders. She is a very determined woman who has her strengths and weaknesses. When a woman in San Diego is murdered, Sidney is beset with terrible chest pains and the doctors cannot find anything physically wrong with her. But when she begins to investigate the murder, things begin to get a little more complicated.

Having previously read other books by this author, I was eager to get my hands on this one. I started to read it and was instantly hooked. This story is extremely compelling (see what I did there?) reading and I read this in one sitting. This story is told through mainly Sidney's point of view, but other characters have their say too.

I really enjoyed getting to know Sidney better. However, she is not what I would call a by-the-book type policewoman. She is an instinctive and intuitive person and tends to follow her gut more often than not, even if it means breaking a few of those by-the-book rules. This made the story intriguing but in real life, it would make getting a conviction thrown out in a court of law. Nevertheless, I found myself holding my breath at times whilst she investigated. I also enjoyed meeting the other characters in the book. There are several that make an appearance: Chas Langston, Sidney's husband and New York District Attorney, Bernice, a spirit medium, and Sam Jordan, a private investigator for Mara's husband's lawyer amongst others.

I must admit that I wasn't sure what to expect. However, I was pleasantly surprised and delighted that it was more of a police procedural than ghost story. Although there is a supernatural twist, it doesn't overshadow the story. The author used the supernatural angle to great effect in my opinion. However, I was a little disappointed at the explanation for the connection between the murder victim and Sidney. I think I may have jumped the gun and made my own assumption (wrongly) about their connection, but when it was revealed, the actual one didn't feel right to me. Other readers may not have the same reaction, so will leave it up to you (the reader) to decide for yourself. There is a lot of suspense, thrilling chases and danger to keep me on the edge of my seat. Though, there are some lighter moments too that had me smiling if not giggling. I love the undercover scenes involving Sidney, especially the bar one with Sam. His reaction was priceless. There are several twists I didn't see coming, though when the actual murderer was revealed I had partly guessed who it was. Having said that, I was completely thrown by the machinations of a couple of the characters and was caught off guard when their actions were revealed. I reached the end of the book with mixed feelings; sad that the story ended but happy at the outcome. There is no cliffhanger, just in case you were wondering.

Inge-Lise Goss has written an intriguing crime thriller/supernatural suspense full of danger, mystery and suspense. This is the fifth story I have read by this author, I love her fast paced writing style and the flow of the story is wonderful. I am now looking forward to reading more of her books in the future.

Due to some violence, although not too graphic, I do not recommend this book to younger readers. However, I highly recommend this book if you love thrillers full of mystery, suspense, danger, action, adventure and romance. This book can be read as a stand-alone. - Lynn Worton

Inge-Lise Goss loves the journeys where her characters take her, and she hopes her readers do too. She was born in Denmark, raised in Utah and graduated Magna Cum Laude from the University of Utah. She is a Certified Public Accountant and worked in that field for over twenty years. She now lives in the foothills of Red Rock Canyon with her husband and their dog, Bran, where she spends most of her time in her den writing stories. There, with her muse by her side, imagination has no boundaries and dreams come alive. When she’s not pounding away on the keyboard she can be found reading, rowing, or trying to perfect her golf game, which she fears is a lost cause. 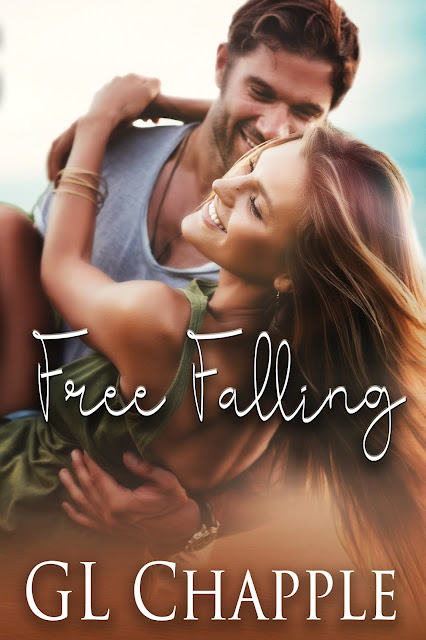 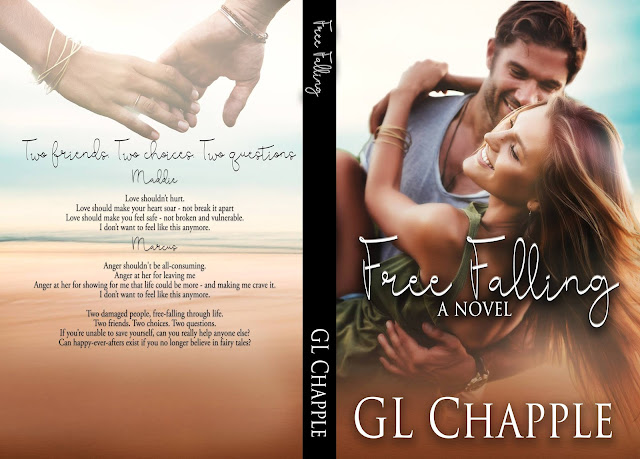 Marcus
Anger shouldn't be all-consuming.
Anger at her for leaving me
Anger at her for showing for me that life could be more - and making me crave it.
I don’t want to feel like this anymore.

Two damaged people, free-falling through life.
Two friends. Two choices. Two questions.
If you’re unable to save yourself, can you really help anyone else?
Can happy-ever-afters exist if you no longer believe in fairy tales?

Friends told me how sorry they were – but it wasn’t their fault. They told me

I needed to move on - as if it were that fucking easy, and I could just

pick up and carry on. They apologised for my loss – as if I’d

misplaced an item of value, instead of the person that had helped

hold me together, all the broken, messed-up pieces of me…It

devalued her and everything that we had, and I hated that they could

make such stupid, thoughtless and ridiculous statements. I knew

they cared and I knew they were concerned, but it took all my

alone. I couldn’t give them what they wanted from me. I didn’t want

to talk. I didn’t want to feel… 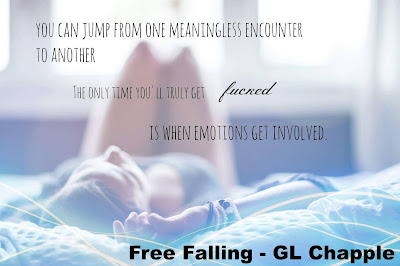 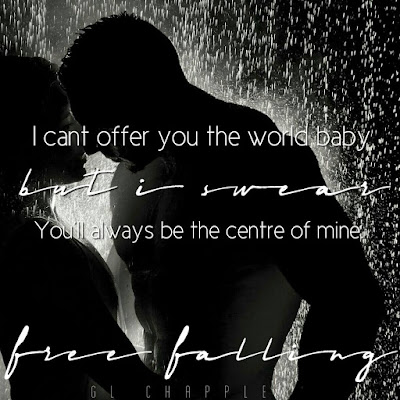 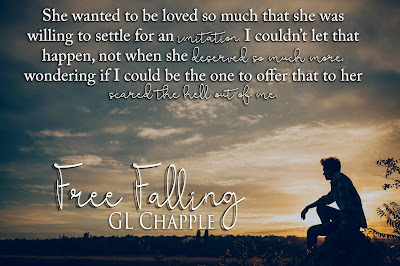 GL Chapple is a welsh author that strongly believes she was born in the wrong country. She lives for hot, sunny days (of which there are never enough in her country of birth and residence!) Despite this, she can often be found at the beach with her husband and two young children. She has always loved to read and write and promised herself, one day, she would have a book bearing her name on her shelf. She will read almost any genre and despite her belief that the kindle ranks in the top ten of inventions, she still loves cuddling up with a paperback. She writes what she loves to read about: stories with heart, humour and heat.

Available now is the final installment to the Imdalind Series. Discover more secrets. Find the end to all your favorite character's stories. Laugh. Cry. Fall in love with Imdalind all over again.

The Internationally Best-Selling Imdalind Series comes to a close in this long awaited heart-pounding conclusion. For centuries the war that has raged within magic has ripped the world apart. Fought between Skȓítek and Trpaslík; killing father and son, and destroying a fragile balance between mortal and magic. For centuries everyone has been awaiting the Silnỳ, searching for the girl who was prophesized. The girl with power strong enough to defeat the evil that plagued the world, and bring the war to an end. For centuries, everyone was wrong. The Silnỳ was not what they had been told, the promises of future distorted by a sight that was tarnished. The evil was not what they had expected, not what they had been fighting against. Instead it was hidden amongst them; plotting, waiting for their time to strike. And it did. With fire and blade the hidden evil took it’s place upon a throne of blood. The evil has shown itself and now only one person can save them all. But with Sights that are no longer infallible and armies that are abandoning their king – it is no longer clear who that person is, or even if they have the courage to stand up to the evil and face their end.

Crown of Cinders Chapter One 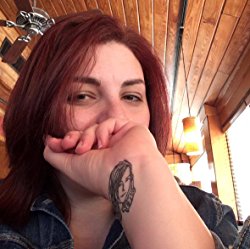 Rebecca Ethington is an internationally bestselling author with almost 700,000 books sold. Her breakout debut, The Imdalind Series, has been featured on bestseller lists since its debut in 2012, reaching thousands of adoring fans worldwide and cited as “Interesting and Intense” by USA Today’s Happily Ever After Blog.

From writing horror to romance and creating every sort of magical creature in be-tween, Rebecca’s imagination weaves vibrant worlds that transport readers into the pages of her books. Her writing has been described as fresh, original, and groundbreaking, with stories that bend genres and create fantastical worlds.

Born and raised under the lights of a stage, Rebecca has written stories by the ghost light, told them in whispers in dark corridors, and never stopped creating within the pages of a notebook.