Book Review of Faking It in the Kitchen: A bully boss romantic comedy by Emily James 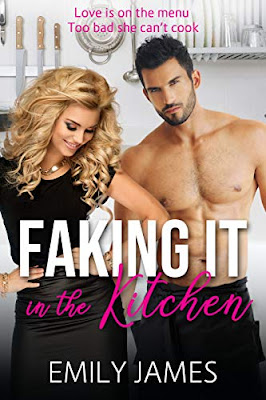 She’s an accidental chef. He’s her hot-headed A**hole boss. Will they discover the recipe for love or are they heading for disaster?

Unemployed actress, Hannah Brooks, is applying for a waitressing job when her luck changes. Mistaken for a chef, she's offered a position at twice the pay, but there's a slight problem. She can't cook, but she can act.

Tom Hadleigh is determined to make a success of the restaurant he inherited from his father, despite attempted sabotages against it and his reputation. Tom’s a hothead and not looking for love, but when Hannah walks into his restaurant, he can’t help but turn his head. With so many problems in his life, is she the answer?

When their worlds collide, will their passion ignite, or will the heat force them out of the kitchen?

FAKING IT IN THE KITCHEN is a standalone, romantic comedy, suitable for readers aged 18 or over, due to mature content and sexual themes.

Faking It in the Kitchen: A bully boss romantic comedy by Emily James
My rating: 4 of 5 stars

Faking It in the Kitchen is a fun romantic comedy. I really enjoyed it.

Hannah Brookes is an unemployed actress looking to make it big on the West End in London, England. I liked this character a lot. She has a sunny personality and is optimistic (maybe too much at times) and desperate for work. When she hears of a potential job as a waitress at Hadleigh's, a prestigious restaurant, she heads to the interview and meets Tom Hadleigh, the boss. What she didn't expect was to be hired as a chef. And have to fake it in the kitchen as she can't cook.

Tom Hadleigh is determined to keep his late father's restaurant running after his death. Unfortunately, someone is determined to close it down. I liked him even at his most a**hole-y, especially when he did things that made me want to smack some sense into him. Tom, still grieving, is understandably upset at both his father's death and the sabotage, but when he accidentally knocks Hannah out, he hires her in the mistaken belief she's a chef. As danger stalks ever closer and his attraction to Hannah grows, Tom will have to decide what is more important.

I started to read this book, told through both Tom's and Hannah's viewpoints in alternate chapters. Faking It is a light read with humourous events mixed up with a suspenseful twist. The characters are lifelike and likeable.

I enjoyed the interaction between Hannah and Tom, which is intense, and the heat level between them sizzle on the pages. I also enjoyed Hannah's camaraderie with the other characters in the kitchen, especially Jack. She needed a friend badly, and he acted as one immediately. Tom's nemesis was a surprise twist. I had another person lined up initially, but as soon as the author introduced the character, I went 'Ah!' even though there was no hint of their involvement immediately.

I did feel the scene near the end where Hannah confronted the perpetrator was a little weak and didn't have the punch it could have. However, it resolved the mystery even if unsatisfactorily (my opinion). I do feel that the scene was a little rushed as if the author wanted to get back to the romance, which was understandable. The story ends satisfactorily, with no cliffhanger as it's a stand-alone.

Emily James is a new author to me. I have never read one of her other books before. I like her fast-paced writing style, and the story flowed well. The author's warmth and humour shone through her writing. Her characters are lifelike and likeable. I would consider reading more of her books in the future. 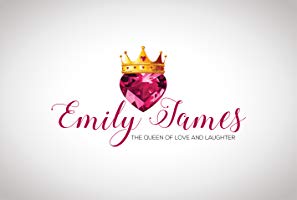 (Taken from the back of the book)

Emily James is a British author who lives on the south coast of England. She loves to travel and enjoys nothing more than a great romance story. On the rare occasions that she hasn't got her nose in a book, Emily likes to spend time with her beautiful family and friends.

Or email her at:
emilyjames.author@gmail.com
Posted by Lynn Worton at 20:33 No comments: