Book Review of Chase: The Hunt for a King (Chase (EE) Book 2) by Thomas Dellenbusch & translated by Richard Urmston 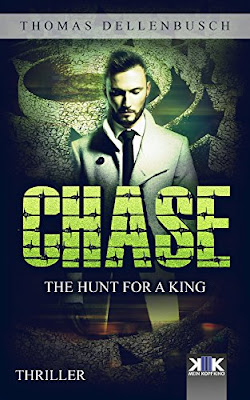 Translated Version from the popular German book series of Movie-Length-Theatre-Of-The-Mind-Stories.


Scotland on the brink of independence: the government is planning its own Scottish monarchy. But when a member of the close-knit planning group reveals the identity of the candidate for the throne, suddenly people appear who want to prevent this royal ascension at all costs - including murder. When CHASE is called in to assist, Jérome and Chen Lu travel to Glasgow. Together with the Scotsman James Campbell, they hunt for his father’s murderer. A secretive wax seal leads them into a maze of ancient legends and lost manuscripts. Can they solve the mystery and save the king - or will old ruins become their grave?

Chase: The Hunt for a King (Chase by Thomas Dellenbusch
My rating: 4 of 5 stars

This is the second book in an exciting new crime thriller series which has been translated from German into English. I really enjoyed it!

Enrique "Rique" Allmers is a wonderful character. I liked him a lot when I first met him in Hunt for a Mute Poetess. He runs a security firm called CHASE, which investigates mostly business related espionage and crimes. When his team is called in to investigate a potential murder in Scotland, he sends Jérome and Chen Lu. However, danger is not far behind and as the two delve deeper into the suspicious death, secrets are revealed that could shake the foundations of the United Kingdom.

When I heard that this book was available, I quickly downloaded a copy and began reading it as soon as I could. Set in Scotland this time, this book takes the reader on a thrilling adventure of danger, suspense and mystery. It is mostly told through Chen Lu's and Jérome's point of view (although some scenes are through other characters' eyes as well), it is a pulse pounding ride, with chases, gun fights and several twists that keep a reader hooked. There are several interesting characters in this story too. James Campbell is the oldest son of Ronald Campbell and brother to Peter, and is Jérome's friend from his Legionnaire days. However, he finds himself embroiled in a secret that has been kept by his family for centuries, and which could affect the monarchy of Scotland at a time when there is huge political upheaval from a referendum that could split the UK apart.

As the story unfolded, I found myself on an emotional rollercoaster ride. I really enjoyed it, but also found myself thinking that this story was not as strong as it could have been. The author has incorporated a medieval legend in with his story and has woven it in such a way that it sounds entirely plausible, which I liked. However, I was a little confused at the actions of one of the characters. This character was in a position of authority but acted like a greedy thug and bully. What he hoped to achieve with his tactics didn't make sense to me. Maybe I'm being too critical of this character, as he was no evil villain but a man controlled by fear and greed. Personally, I think I would have liked a stronger villain than Peacock to love to hate. Nevertheless, having said that, he certainly made me dislike him a lot.

I reached the end of the book with mixed feelings, sad that it had ended but happy at the way it concluded. I am not sure if I would call this a movie-length story though, as it felt too short. Having said that though, the amount of descriptive writing made me picture this book in my mind's eye with ease and it played out like a movie in my head.

Thomas Dellenbusch has written an intriguing crime thriller. I love his fast paced writing style, which had me turning the pages, and the flow was a lot smoother than the first book. I would definitely consider reading more books by this author in the future.

Although there are no explicit scenes of a sexual nature, I do not recommend this book for younger readers due to some violence and some mention of torture. However, I highly recommend this book if you love crime thrillers/mystery/suspense genres. - Lynn Worton 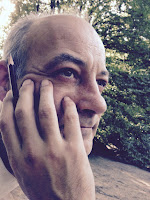 Thomas Dellenbusch was born in Düsseldorf, Germany in 1964, and still lives there. The former police detective and advertising copywriter has been actively writing for more than twenty years on a wide variety of topics. Although the lion’s share of his assignments originate from the advertising industry, he has also put his talents to use producing speeches for government officials, poetry for individuals, screenplays, rulebooks, newspaper articles, sketches and much more. In short, any subject that can be communicated in a stimulating manner. Since 2013, he has specialized in the production of movie-length-stories—written both by himself and seven other authors via the publishing company he founded expressly for that purpose.