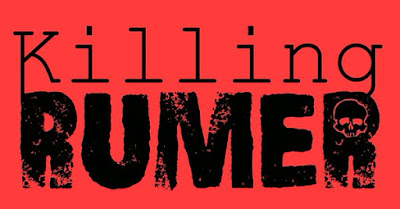 A ruthless gangster will stop at nothing to get his hands on an occult relic. Word is, Rumer has it...

Why you should care...

Rumer Cross is scraping by working for a dingy London detective agency. She lives in the shadow of her mother, a violent criminal dubbed the 'Witch Assassin' whose bloodthirsty rampage terrorised London for over a decade.

Raised by foster families who never understood her and terrified she could one day turn into her mother, Rumer has become detached and self-reliant. But when she's targeted by a vicious mobster who believes she's hiding an occult relic, she's drawn into the very world she's been fighting to avoid.

Hunted by assassins and haunted by her mother's dark legacy, Rumer must also confront a terrible truth: that she's cursed, because no matter what she does, everybody she's ever grown close to has died screaming.

Set in an urban sprawl of bullet-riddled buildings, Killing Rumer is a thriller that asks the question: can we ever really change who we are?

This review is based on a complimentary Beta advanced reader copy given to me by the author with no expectation of a positive review. This book is currently being crowdfunded and will be published once fully funded. Please find the link to the crowdfund here: https://unbound.com/books/killing-rumer in hopes that you would consider funding it to be published.

This is an intriguing crime thriller set in London, England. I loved it!

Rumer is a fascinating character. I found myself not only liking her, but also feeling sorry for her, though I also wanted to shake her at times too. She is nineteen years old, but seems more mature. This is due to her upbringing I think. She has grown up in foster care, knowing that her mother was a notorious assassin. Unfortunately, she believes herself to be cursed as everyone she comes to care for dies in the most terrible ways. Working for a private detective as a shadow (someone who follows, watches and listens to garner information), she is thrown into a life and death struggle when a mobster turns his attention in her direction seeking an occult relic last known to be in the possession of her mother, who died several years previously.

Having previously read the author's YA work, when I was contacted about reading this book, I instantly accepted. Although not YA, this is an intriguing crime thriller that instantly caught my attention when I read the synopsis. Knowing that I would also be taken on an amazing journey was a bonus.

I started reading and didn't put the book down until I'd completed it. The story is told through Rumer's eyes. I found myself fascinated with Rumer and her life. I cannot imagine how knowing that you are the progeny of a criminal/assassin (even if deceased) would affect your life. Rumer emotionally distances herself from everyone in the hope that she will not 'kill' like her mother. She carries around a huge burden of guilt for things that she has no control over too. Understandable in some ways, annoying in others hence my desire to shake her at times.

There are several interesting characters introduced. Rumer's employer is Julian Hart and runs Hart Detective Agency, but he is only in a few scenes so didn't really get a feel for this character. Reverend Mara is the name of the mobster who is after Rumer and I found him to be a strange character. He is obsessed with locating an occult weapon called the Crook Spear. Then there is Bolt, an ex-policeman who befriends Rumer. I would have liked to have gotten to know him a lot more as there seems to be some chemistry between him and Rumer and would have liked for the author to have explored this a bit more. There are also a few other characters introduced, like George for instance and someone thought to be long dead.

Killing Rumer is a pulse pounding read full of action, danger, violence and potential romance. There are several twists and turns that surprised me and I found myself on an emotional roller coaster ride from beginning to end. I did find some scenes disturbing, particularly the one containing George and I shed a couple of tears for not only him, but Rumer too.
The occult weapon with the weird name is not what I thought it would be. However, so as not to spoil it, I will not say what kind of weapon it is. I will say that when it was disclosed I was completely thrown; I had a completely different weapon in mind. The end of the story sent chills up my spine. There could potentially be a sequel as it finishes ambiguously and ominously.

Joshua Winning has written an intriguing crime thriller with a kick-ass heroine. I love his fast paced writing style, and the story flowed beautifully. He is one of only a handful of male authors who I have added to my favourite authors list and I can't wait to see what he will come up with in the future.

Due to the nature of the story (danger, violence, bloodshed), I do not recommend this book to young readers or those of a nervous disposition. I do, however, highly recommend this book if you love crime thrillers with kick-ass heroines. - Lynn Worton
About The Author: 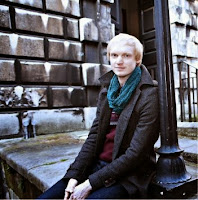 Joshua Winning was born in Cambridge, but don't hold that against him. He's attempted to escape reality for most of his life by writing. As a child, that involved poring diligently over anything by C.S. Lewis or Robin Jarvis.​

When he's not writing about Sentinels, Joshua can usually be found watching Buffy The Vampire Slayer, The Wire and Daria. He also works as a freelance journalist, writing about movies for Total Film, Little White Lies and movieScope.​

Joshua currently lives in North London with his cat Mia. Unfortunately, she's not a great conversationalist, but he's working on it.