New York Times best-selling paranormal romance author Felicity Heaton has just released KERAS, the latest paranormal romance novel in her epic Guardians of Hades series.
If you love dark, alpha Greek gods and strong heroines who bring them to their knees, together with epic action, sizzling passion and high stakes drama, then this series is definitely for you. Plus, each book has a happily forever after and there are no cliff-hangers because there’s nothing worse than a cliff-hanger! 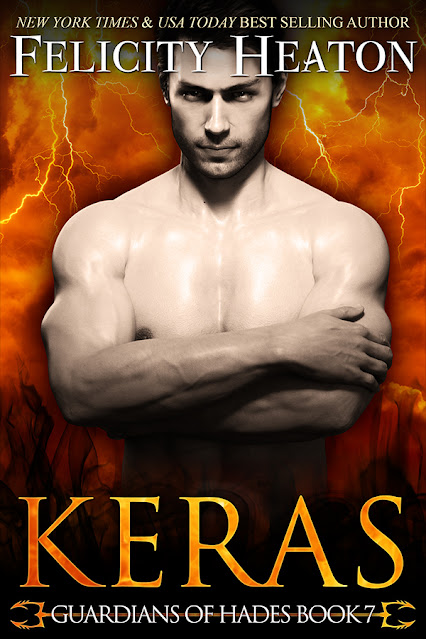 Keras (Guardians of Hades Paranormal Romance Series Book 7)
by Felicity Heaton
Keras is darkness. It sustains him. It strengthens him. It offers relief from the pain born of his feelings for a goddess of Olympus, a bewitching and beautiful female placed beyond his reach—one who stole his heart and broke it. Centuries of enduring that pain have left him tired, and the temptation to surrender control to that side of himself grows each day.
Even when he knows that darkness will destroy him.
Enyo has regrets. Hundreds of them. But the one that has plagued her for centuries, is the moment that shattered her friendship with the firstborn of Hades and her own heart with it—a moment that changed her and set her on a new path. With the battle between the sons of Hades and the daemons turning more dangerous for the man she loves, she can no longer stand on the sidelines.
It’s time for this goddess of war to risk everything to fight for what she wants.
As the battle to save the Underworld and the mortal realm rages to dangerous new heights, will Keras be consumed by the darkness or will Enyo be the light that saves him?
Grab your copy today at http://www.felicityheaton.com/guardians-of-hades-keras-paranormal-romance-book.php 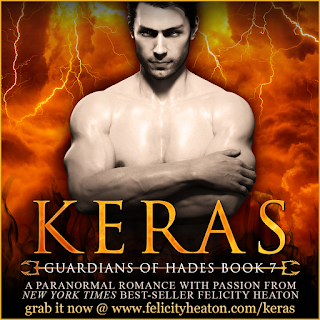 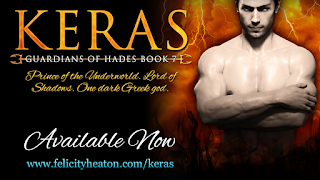